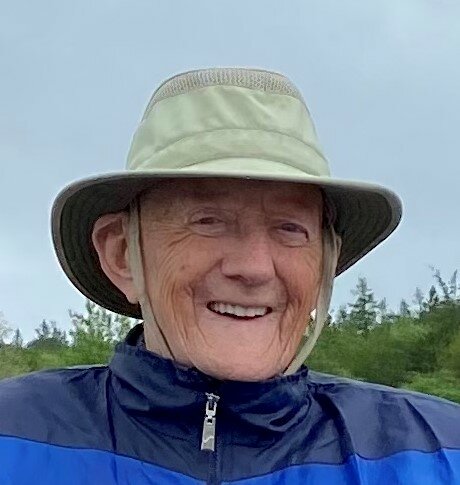 It is with great sadness that the family of Douglas Edward Weaver, husband of the late Doreen Weaver, announce his passing on October 24, 2021 at his residence. Born on October 24, 1938, in Halifax, NS, he was a son of the late Joseph and Aileen Weaver.

Doug was a pipefitter by trade and a proud member of Pipefitters Local 213. He enjoyed the outdoors travelling the trails on his ATV. He loved to fish and hunt his whole life but still found time to go boating, scuba diving, play golf and sit down to a good card game. He was an avid Toronto Blue Jays fan and had a soft spot for cats. In his earlier days he and Doreen were known as quite the dance partners! Most of all Doug loved his family and especially spending time with his cherished grandchildren and great-grandchildren.

Arrangements are under the care and direction of Brenan’s Funeral Home, 111 Paradise Row, Saint John, NB (634-7424). A Funeral Liturgy will be held on Thursday, October 28, 2021 at 11:00 AM in Brenan’s Chapel.  Due to Covid-19 health measures placed on indoor gatherings by the Government of New Brunswick, all those 12 and older attending the service will be required to show proof of vaccination and a piece of a government-issued ID or proof of medical exemption. A private family interment will take place in St. Joseph’s Cemetery. For those who wish, remembrances in Doug’s memory can be made to the Heart and Stroke Foundation of New Brunswick or a charity of the donor’s choice. www.BrenansFH.com.

Share Your Memory of
Doug
Upload Your Memory View All Memories
Be the first to upload a memory!