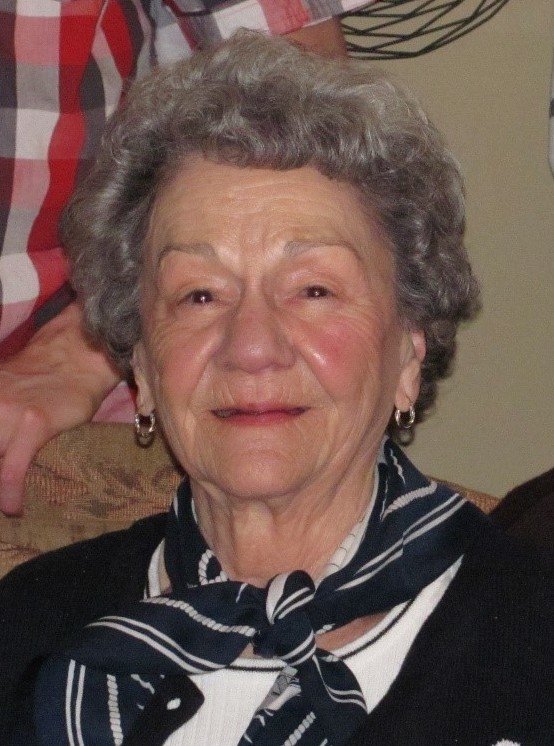 It is with heavy hearts that the family of Anita Grace Cowie, age 89, announce her sudden passing on Thursday November 28th, in Saint John, New Brunswick. Surrounded by her devoted husband of 61 years, Ronald Cowie and their children Peter, David (Cheryl), John (Theresa) and Marilyn (David).

With her family, Anita moved to Saint John and graduated from St. Vincent’s High School in 1947. After graduation, she went to work at Woolworth’s and enjoyed meeting and making new friends. She then worked for a period of time as a Telephone Operator at NBTel prior to her marriage to Ronald. Over the years, she was an active member of the Catholic Woman’s League in Saint John. Once a week, she would attend the Union Street Bingo with her sister Claudette. A kind and gentle woman, Anita will be remembered for her soft spoken, selfless disposition, for her devotion to her family and for her ceaseless commitment to cultivating a warm, welcoming home for all. Her children, grandchildren and great grandchildren will fondly remember the endless loaves of banana bread, the affectionate hug that greeted them at every visit and her strong, hardworking spirit. Anita will be sorely missed by all those that knew and loved her. She will be forever remembered in our hearts.

Funeral arrangements will be made by Brenan’s Funeral Home on Paradise Row. Visitation hours will occur on Sunday, December 1st from 2 pm to 4 pm and 6 pm to 8 pm. The Mass of Christian Burial will take place at the Cathedral of Immaculate Conception in Saint John, New Brunswick on Monday December 2nd, at 12:10 pm. Condolences in Anita’s memory may be made to the Cathedral Restoration Fund.

Share Your Memory of
Anita
Upload Your Memory View All Memories
Be the first to upload a memory!