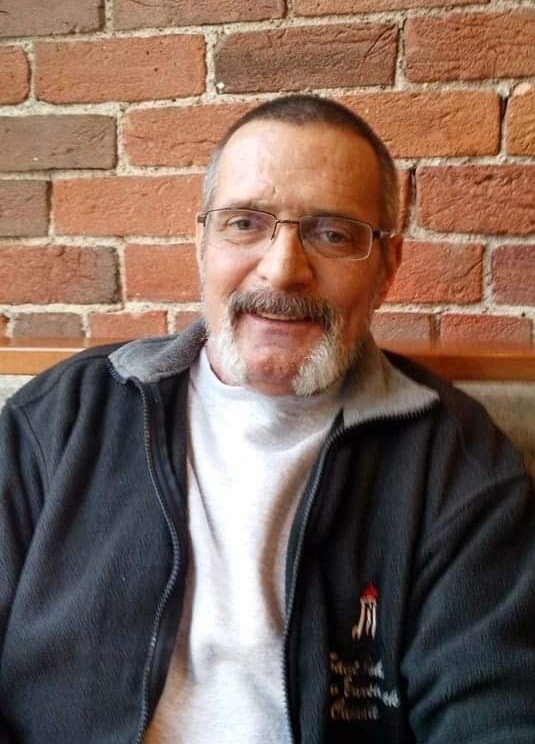 It is with deep sadness that the family of Shawn David Smith announces his unexpected passing at home on Saturday, June 22, 2019. Born in Saint John on August 20, 1962, he was a son of the late Robert “Bud” and Elizabeth “Betty” (Whipple) Smith.

Shawn made the journey to British Columbia at the young age of seventeen.   He soon discovered his love of artwork in all forms, especially of nature and native art.  He worked for a few years doing framework in an art gallery in Vancouver, and then worked several jobs in the maintenance field.  Shawn was an avid reader and loved nature and the outdoors.  He loved living in the mountains of Pemberton, BC with his family for several years before returning home to New Brunswick in 2010.

Shawn is survived by his two daughters: Amanda Gobillot and Jennifer Smith of Chilliwack, BC;  three grandchildren; sisters: Deborah Phillips (Glen) of Gatineau, PQ, Kelli Smith (Kent Atherton) of Saint John, NB; brothers: Peter Smith, Michael Smith (Brenda), of Vancouver, BC, Mark Smith (Jean) of Grand Bay -Westfiled, NB, Pat Smith of Saint John, NB and Chris Smith (Stacey) of Langley, BC;  special aunt and uncle, Lynn and Henry Hebert of Saint John; as well as many nieces and nephews.  In addition to his parents, Shawn was predeceased by his sister-in-law, Suzanne Smith.

Arrangements are under the care of Brenan’s Bay View Funeral Home, 1461 Manawagonish Rd, Saint John, NB (634-7425).  A celebration of Shawn’s life will be a private ceremony with family and friends.  For those who wish, remembrances may be made to local area food banks or a charity of the donor’s choice.

Share Your Memory of
Shawn
Upload Your Memory View All Memories
Be the first to upload a memory!