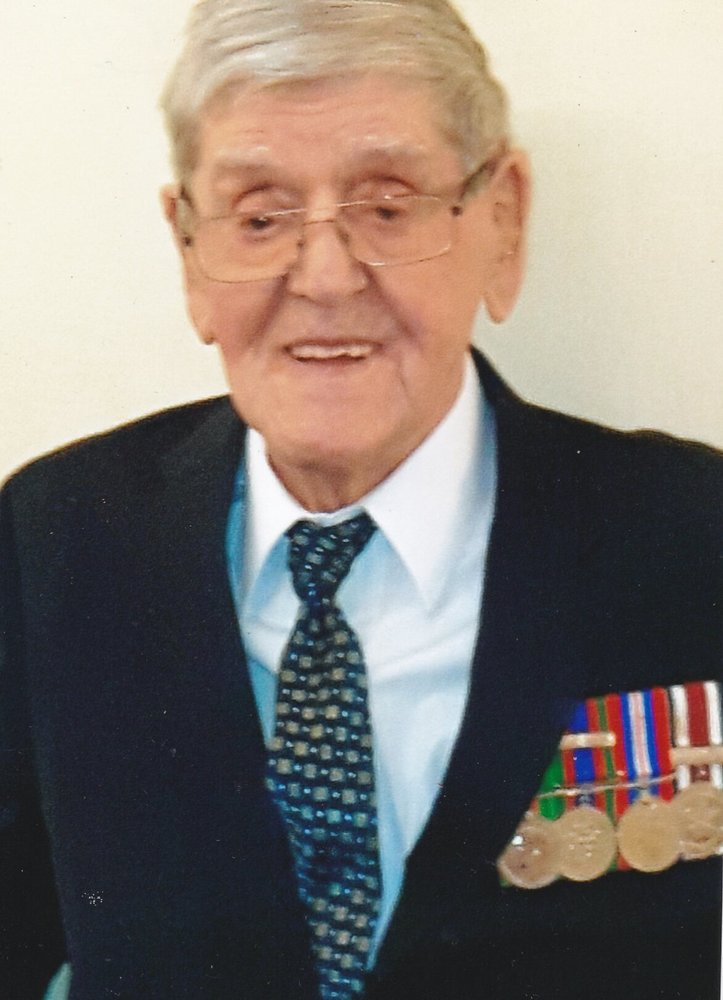 It is with heavy hearts that the family of Harold Gordon Rinehart announces his passing, which occurred on Wednesday, June 12, 2019 at Ridgewood Veteran’s Wing. Born in Saint John, N.B. on August 23, 1923, he was a son of the late Harry and Ida (Cox) Rinehart.

Gordon joined the army as a teenager. He served from 1942 – 1946, heading overseas to England in 1944 as a member of the R.C.A.S.C. He owned and operated Fletchers Jewellery and served as the President of the Canadian Jewellers Association for one year. As a member of the Corp of Commissionaires, he was stationed at the Saint John Regional Library.

In addition to his parents, he was predeceased by his wife S. Joan (Abbott) Rinehart; daughter Carol Dickson; brothers George “Bud” and Don; sisters Helen and Jean; sister-in-law Shirley

Resting at Brenan’s Bay View Funeral Home, 1461 Manawagonish Road, E2M 3X8 (634-7425) with visitation on Saturday, June 15, 2019 from 12:00 – 2:00 PM. A funeral service will immediately follow in the Bay View Chapel at 2:00 PM. In Lieu of flowers, donations in Gordon’s memory can be made to the SPCA, Ridgewood Veteran’s Wing, or to a charity of the donor’s choice. Online condolences way be made at www.BrenansFH.com

Share Your Memory of
Gordon
Upload Your Memory View All Memories
Be the first to upload a memory!