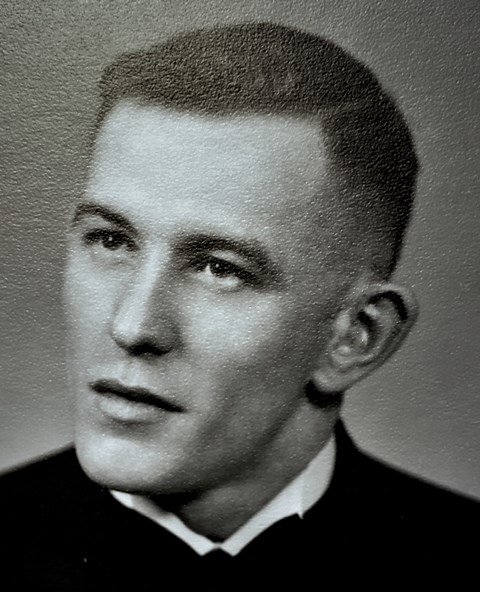 Hayward, Ronald J.-It is with heavy hearts that the family of Ronald James Hayward announce his peaceful passing on Saturday, June 8, 2019 at Bobby’s Hospice with family and friends by his side. Born in Tracadie, NB on December 29, 1943, he was the eldest son of the late Albert Hayward and Hedwidge Ferguson.

Ron’s two passions in life were his love of teaching and his love of sport. In his younger years, he excelled in baseball, fastball and hockey. His skills as a goalie and a catcher were passed on to his sons and his grandchildren who followed in his footsteps with their love of sports. He started his teaching career in Black’s Harbour and then moved to Saint John where he spent the majority of his time at Prince Charles School. Ron had a significant impact on so many of his students through his generosity and contributions beyond the classroom. Ron gave back to his community through his dedication and tireless commitment as a volleyball coach and an umpire. His downtime was best spent with friends whether it be playing cards or darts, enjoying the day on the golf course or just telling stories and listening to music. Ron was a loyal friend who would do anything to help anyone in need.

Ron will be deeply missed by his wife of 55 years, Darlene (nee Donnelly), his son Jeff (Jodi) and his daughter in law Helen.  The light in his world shone through his much-loved grandchildren Jackson, Jessica, Allyson Grace and Jillian. He is also survived by his mother in law Helena Donnelly his brother Brian (Janet), brother in law Bill Donnelly, sister in law Mary Fitzpatrick along with several aunts and uncles, cousins, nieces and nephews.

In addition to his parents, Ron was predeceased by his loving son Ian-Donnelly Hayward.

The family would like to extend their sincere thanks and appreciation to all of Ron and Darlene’s close friends whose help through the past number of months will never be forgotten, as well as to the staff of Bobby’s Hospice for all the care and compassion shown to Ron. The family would also like to especially thank Cathy Kilpatrick, Ron’s guardian angel on earth. There are simply no words to convey how lost we would be without you.

Share Your Memory of
Ronald
Upload Your Memory View All Memories
Be the first to upload a memory!