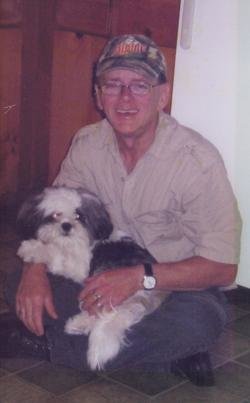 It is with great sadness that the family of Stephen Joseph Donovan, loving husband to Debbie Bettle, announces his passing which occurred on May 6, 2018 at the Saint John Regional Hospital with his family by his side. Born on August 5, 1956 in Saint John, he was a son to the late Joseph and Evelyn (Walsh) Donovan. Stephen was a family man, loving the time spent with his wife of 17 years, his friends and of course his fur babies. He will be dearly missed by all who knew him. Stephen will be lovingly remembered by his wife Debbie, his children: Stephen, Mandy and Dianne, his step-children: Stephen, Robert, Karen and Brandon, his brothers Kevin and Moe, many grandchildren, nieces and nephews and his animal companions Spikey and Zoey. Besides his parents, Stephen was predeceased by his brother Peter. Arrangements are under the care and direction of Brenan’s Funeral Home, 111 Paradise Row, Saint John (634-7424). In keeping with Stephen’s wishes, there will be no visitation or funeral service. Family and friends are invited to attend a graveside service at St. Joseph’s Cemetery on Saturday, May 19 at 1030 am. In lieu of flowers, and for those who wish, remembrances made to the Heart and Stroke Foundation of NB or to the NB Lung Association.

Share Your Memory of
Stephen
Upload Your Memory View All Memories
Be the first to upload a memory!