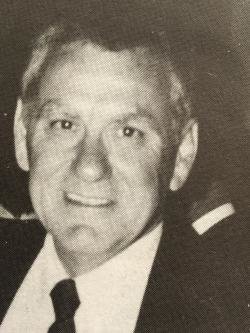 The family of Gale Savoy of Saint John, beloved husband of Daisy Young announce his passing, which occurred on Wednesday, May 2, 2018 at the Saint John Regional Hospital surrounded by family. Born on December 30, 1937 in Quebec, he was the son of the late George and Helena (Monzella) Savoy. Prior to his retirement, Gale was employed with Irving Pulp and Paper as an Electrical and Instrumentation Superintendent. He loved golfing and was a passionate Detroit Red Wings fan. Gale also enjoyed the times spent socializing with his Tim Hortons coffee gang. In addition to his wife, Daisy, Gale is also survived by his children, Leslie Savoy (Suneal Verma) of Toronto, ON, Cathy Coyle (Keary) of Rothesay and Bonnie Savoy (Flavio Mior) of Ottawa, ON; step-daughter, Heather Gordon (James) of Powell River, BC; grandchildren, Jeff (Brandi), Chris (Katie), Shannon (Tinus), Greg (Jackie), Tracey (Joe), Brandon, Grace, Anna, Sophia, Amelia and Jonathan; many great-grandchildren; as well as several nieces, nephews and cousins. Besides his parents, he was also predeceased by his son, Barry Gale Savoy; brothers, Stanley and Gordon and sister, Roz. Arrangements are under the care and direction of Brenan’s Funeral Home, 111 Paradise Row, Saint John (634-7424) with visiting on Friday, May 4, 2018 from 2-4 and 6-8 PM. The funeral service will be held from Brenan’s Chapel on Saturday, May 5, 2018 at 4:00 PM. Interment will take place at a later date in Terrace Bay, ON. For those who wish, remembrances made to the Heart and Stroke Foundation of NB or to a charity of the donor’s choice would be appreciated by the family.

Share Your Memory of
Gale
Upload Your Memory View All Memories
Be the first to upload a memory!